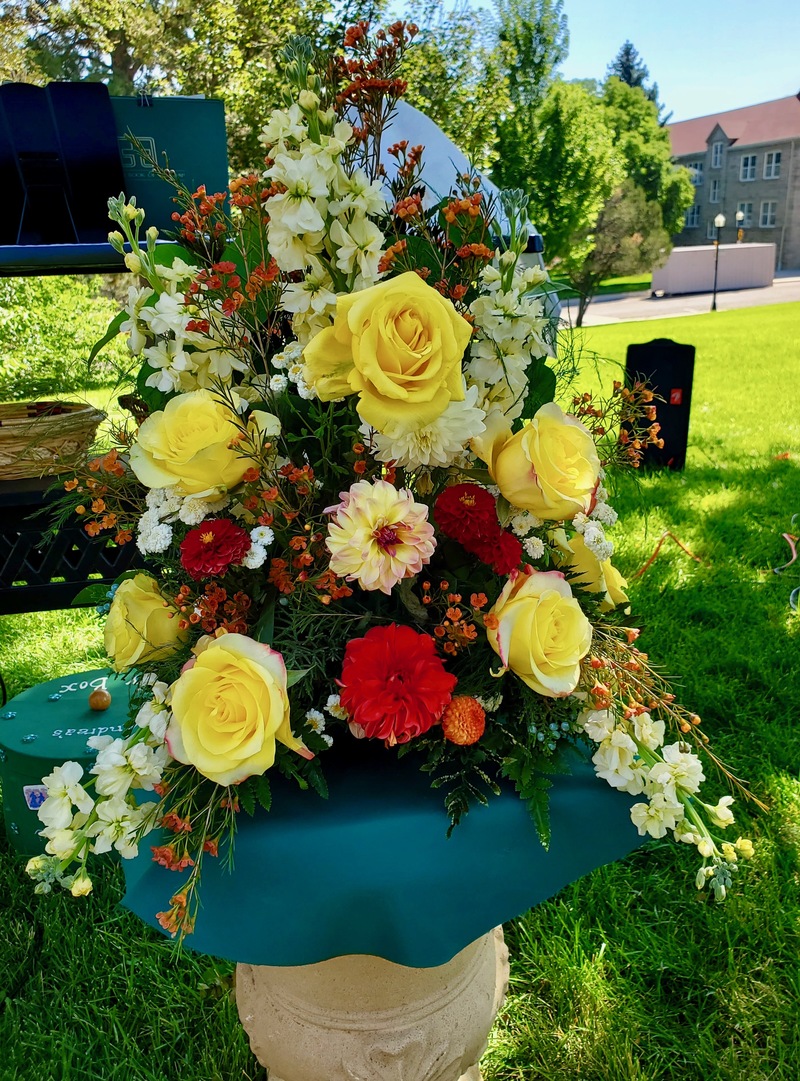 The Parable of the Tenants may not be as commonly
known or as popular as some of the other parables Jesus
told, but it is certainly one of the most eye-opening. Like
our message last week, our scripture tells us that the
Pharisees continue to pressure Jesus and question him on
his authority. These religious elders disputed Jesus’
teachings and resented Him entering and taking over the
temple as Pastor Stacie mentioned last week.
Jesus often taught in parables when he talked about the
kingdom of God. This style of teaching helps clarify
abstract concepts and was a good way of communicating
difficult and troubling things.

Response to those troubling parables also revealed a lot
about the heart of the listener as we will see here. The
Parable of the Tenants is a great example of a parable that
wasn't appreciated by the people Jesus was directly
addressing.

Let us consider where Jesus was in his earthly life as he
told this parable. Jesus was days away from the cross and
he knew it. Just a few days before, Jesus entered
triumphantly on the back of a donkey where the crowd
waved palms and the children were shouting to Him in the
temple courts, "Hosanna to the Son of David!"

2 | Page
He had also just overturned the tables in the temple courts
and driven out the moneychangers for the second time. He
scolded the temple crowd by saying, “It is written, "'My
house will be called a house of prayer, but you are making
it a den of robbers.”

But Jesus had spent the better part of the last three years
demonstrating with signs and wonders where his authority
came from. He knew he was running short on time and he
wanted to make a point.

In response to their questions, Jesus tells The Parable of
the Tenants. It is fairly easy to understand who the players
are in this parable.

 The landowner – represents God
 The vineyard – his Kingdom
 The tenants – specifically Israel’s religious leaders
and all who reject him
 The servants – God’s prophets and faithful believers
 The beloved son – Jesus Christ
Jesus tells them of a landowner who developed a vineyard.
He put a wall around it, dug a winepress in it and built a

3 | Page
watchtower. Then he rented the vineyard to some farmers.
Just as in many regions today, it was commonplace in the
first century for a wealthy investor to buy property for a farm
or vineyard and then leave it in the care of tenants. Come
harvest, they'd send someone to collect their portion of the
proceeds.

Finally, the owner sent his only beloved son saying that
surely they will respect his son. But when the tenants saw
the son, they said to each other, “This is the heir. Come,
let’s kill him and take his inheritance. You see, if a
landowner didn't have an heir in the first century, the land
became the property of the tenants. Instead of showing the
landowner's son his due respect, they threw him out of the
vineyard and killed him.

What is Jesus trying to tell these Pharisees? The servants
in this parable represented the many Old Testament
prophets Israel had rejected before, mistreating and killing
them. They refused to hear the truth and repent.

Finally, God sent Jesus, his only beloved son, hoping that
he would be given the respect that was not given to the

4 | Page
prophets. Although many people did come to faith in
Jesus, most of the Jewish leaders rejected him and wanted
silenced rather than accepting Jesus’ message of grace,
love, and forgiveness.

In the final verses of this parable, Jesus asked, “Didn’t you
ever read in the Scriptures? ‘The stone rejected by the
builders has now become the Cornerstone. This is the
Lord’s doing, and it is marvelous to see.” Ephesians 2:20
tells us that Jesus is the chief corner stone in the structure
of God’s house. In this ‘tenants’ parable, Jesus is revealing
that even though the religious leaders rejected him, he is
the foundation of his Father’s temple.

Jesus is also prophesying his own death. And even though
his death will make a way for the forgiveness of mankind,
there will be a reckoning for the disobedient people that
rejected the one who will become the cornerstone of God's
kingdom.

Jesus then proceeds to say “Therefore I tell you that the
kingdom of God will be taken away from you and given to a
people who will produce its fruit. Anyone who falls on this
stone will be broken to pieces; anyone on whom it falls will
be crushed. Ouch.

Jesus' warning is that the vineyard would be taken from
those who refuse to submit to God and given to those who
would. God's vineyard was being opened to the Gentiles—
and anyone who would submit themselves to Jesus, the

5 | Page
cornerstone. Not only will these religious leaders miss out
on the kingdom of God, they will stumble over this
cornerstone in life and be crushed by it in the judgement.

He then throws down the gauntlet, "Therefore, when the
owner of the vineyard comes, what will he do to those
tenants?" The Pharisees respond that "He will bring those
wretches to a wretched end," they replied, "and he will rent
the vineyard to other tenants, who will give him his share of
the crop at harvest time."

The chief priests and Pharisees understood his words.
They knew he was talking about them. What is really
heartbreaking is that they got his point completely but didn't
respond with repentance. Instead, they looked for a way to
arrest him.

What should be our modern-day takeaways from this
parable?

First, be open to divine correction. God may send us a
song, a dream, a scripture, or a person, to make his point.
The Pharisees and priests were too proud to be corrected.
So instead of making a course correction and repenting,
they ended up under God's condemnation. We should
consider our openness to divine correction. Do we allow
God to challenge us or do we tend to respond angrily to
correction? When we’re more concerned about how others

6 | Page
perceive us than whether we're pleasing God, it's easy to
see any correction as a confrontation instead of as an
opportunity to prayerfully consider our posture before God.

Secondly, we should also look at this passage as a
message to bear good fruit. Only those who bear fruit for
the kingdom are truly in Christ. Believers may vary in the
amount of fruit they produce, but there is no such thing as a
fruitless believer. We are told in John 15 that “every branch
in me that does not bear fruit he takes away, and every
branch that does bear fruit he prunes, that it may bear more
fruit”. And we are told in Colossians, the 1st chapter, “So as
to walk in a manner worth of the Lord, fully pleasing to him,
bearing fruit in every good work and increasing in the
knowledge of God.”
Give some time to consider the fruit you are producing. We
are not saved by works but our works glorify God. How are
we serving others?

Lastly, as Christians, the vineyard parables and passages
speak of God’s love. Remember how lovingly God
prepared his vineyard in the Isaiah passage? He placed it
on a fertile hillside. He dug it up and cleared it of stones
and planted it with the choicest vines. He protected it with
hedges and walls. He did everything he could to equip us,
his beloved children, for his kingdom. We, as Christians
are grafted onto Christ, the vine, at baptism. And even

7 | Page
though we betray him by our sinful nature, he poured out
the blood of Christ for the forgiveness of our sins. And we
continue to be nourished with wine and bread so that we
may remember the suffering Christ endured on our behalf
because of that great love! Amen!