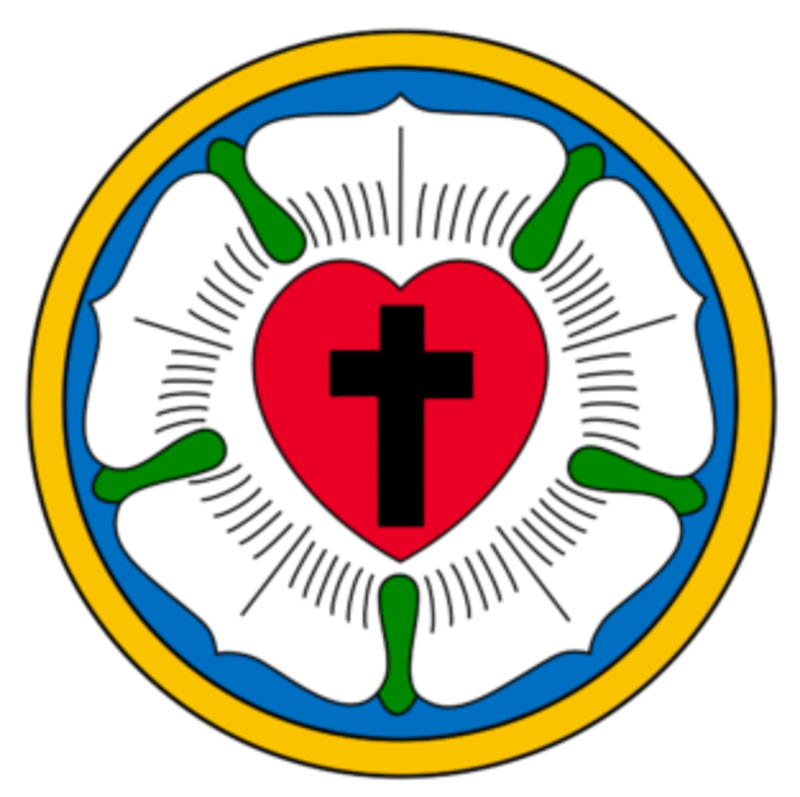 I have a confession -- I love the seasons of the church year.  Days like today, Reformation or as I like to call it, RE-formation Sunday, help me to mark time from a life of faith as opposed to the cultures calendar…

Not saying there is anything wrong with our ‘regular’ calendar because I live by that too!  I know today is Halloween!  But I know that today in, our tradition and many others, is also Reformation Sunday.  It is a day set aside to give thanks for the Holy Spirits work in the life of the church, and in our life!  So while we may recall that on Oct 31st 1517, one of our ancestors in the faith, Martin Luther, was so overwhelmed by the love and grace of God through Jesus Christ that the Good News he read about, received and proclaimed altered not only his own life but that of the world, today is not about Martin Luther, it’s about God!

The GOOD NEWS of the Gospel, the HOPE we have in God through Jesus that made such a difference in Luther’s life that he proclaimed and witnessed to it.  His re-formation caused him to share his newly found understanding that being justified by God’s grace was a free gift available to all God’s people!  Luther agreed with what Paul wrote in Romans:  All people sin and fall short, and the good news is that it is by Gods abundant mercy, love and grace that we have life, abundant life, salvation life. Yes, a 16th century Monk was so taken up by Paul’s Letter to the Romans that he began to experience the triune God- God the creator, Jesus the redeemer and the Holy Spirit- in a very different way, and engaged the church and the Christian community in changing their relationship to God.  And while that is true and we give thanks for Luther’s re-formation, the Reformation is NOT about Martin Luther for us Lutherans or any Christians.

As a commentator wrote, the Reformed do not celebrate a lawyer in Geneva or a pastor in Zürich; and the Methodists do not celebrate an evangelist whose heart was strangely warmed when he read Luther’s commentary on Romans.  We celebrate God! This day, Reformation Sunday is all about GOD!  It’s about our God who is constantly calling every people, every generation to a fuller relationship with Godself!  To reforming ourselves and our faith community more fully into who God intends for us to be.  Just consider our biblical story: we see many times when reformations occur, when the Spirit of God stirs the people to re-creation. There was the return of the people to the land in the Exodus.

The renewal of the covenant that Joshua led; David’s rescue of the ark of the covenant, the reformations that first King Hezekiah and later King Josiah led during Israel’s monarchy; or recall the return to the land and covenant renewals under Zerubbabel and Ezra.  These were moments of large-scale RE-FORMATIONS for our ancestors in the faith.  As I thought about those moments, I realized there was a whole lot of R words taking place….

Return. Renewal.  Restoration. Reawakening. Revival. Recommitment. Re-formation.That is what was going on in 1517 too!  So, let’s absolutely thank God for the Holy Spirit’s work in awakening Israel and the Church, calling us as a people, corporately, to respond to God’s call to imagine life anew--- whether that be in the 13th century BC, 1517 or in 2021.  God is always at work inviting us to participate more fully in the “kingdom of God way of life” in the here and now.  God is always about making us new.  And I believe God is calling the big C church to a time of re-formation now as well! How is the Holy Spirit calling us to change?  Well there are a lot of people thinking about that and I pray that the entire church follow the Spirit’s guidance!Re-formation however, is not just about us as a whole, a community.  It’s also about us individually.  Let’s use Luther as an example.  He was a professor of theology, of biblical studies but his context was one where the Catholic church of his day sold indulgences to people in order to buy peace in purgatory—either for a family member or themselves.  People relied on the system to intercede for them and it didn’t work for Luther!  He read Romans and had a personal conversion!!!  He rediscovered the gracious God of Scripture!

The Holy Spirit showered down grace from heaven and Martin Luther received it and was forever changed.  I read the Christian magazine Plough’s weekly email on Wednesday because the subject line got my attention “God finds an atheist”.  I was mesmerized by two stories of personal conversions--- one that happened Two-hundred years ago this month when a young lawyer named Charles Finney experienced a conversion whose impact was felt around the world. In his memoir he writes “One night in October 1821 a strange feeling came over me, as if I was about to die. I knew that if I did I should sink down to hell; but I quieted myself as best I could until morning.At an early hour I started for the office. But just before I arrived at the office, something seemed to confront me: “What are you waiting for? What are you trying to do? Are you endeavoring to work out a righteousness of your own?”  He suddenly realized that Christ had done all the work, NO works were necessary from him for his salvation except to receive the gift which he did.

He became a Presbyterian minister of great renown and was a leader of the second revival movement in our country.The second story was that of atheist Sybil Sender who recounted the rather different story of her own astonishing conversion. She was my parents age, born in 1934 and shares many details about her early life that contributed to her being as she says “A professional atheist, who abhorred the religious.”One day her estranged husband returns home asking her to travel to a religious commune in upstate NY with him and despite all her reservations, she finally gives in.  She’s quite funny in describing wearing a fire-engine red, knit tube dress – that ought to ensure immediate rejection and fuming all the way there.  But listen to her words: “It was October, and the colors were breathtaking, like a premonition of something good where I had hoped for something bad. I took twenty steps into the heart of the community and my resolve crumbled. “What if there is a God, after all?”  I tried not to show it, hoped it would pass. A woman came to meet me – peaceful, with loving eyes, a soft, makeup-less face. She didn’t even notice that I was evil incarnate in a red dress. Nothing was working.”

Well the weekend ends with a worship service that totally works for her—it’s not fancy, nor was it in a sanctuary but in their dining hall and Dostoyevsky’s The Brothers Karamazov was being read.  God surprised her and she accepted the invitation!  I share these stories because I began saying today is about the Holy Spirit’s work in awakening people, corporately, to respond to God’s call to imagine life anew.  But Martin Luther, Charles Finney, and Sibyl Sender sure experienced the Holy Spirit calling them to life anew as individuals as well.

From inside the church and as non-believers, they were Re-formed as beloved followers of Christ in their time and place, and not just for themselves but for their communities.   How about us?  How have you responded to God’s call to be re-formed?  Is the Holy Spirit nudging you to those R words?  Return. Renewal. Reformation. Restoration. Reawakening. Revival. Recommitment?  What is the Word of God, Jesus, speaking to you?And who is the Holy Spirit speaking to and calling into the body of Christ, Jesus’ body from the world?  Don’t doubt that she is!  The Spirit is always at work and there are many Charles Finnley and Sybil Senders in our families and communities!  Friends, today is a day to celebrate the work of God, through the Holy Spirit and Jesus the son of David, in my life and yours, in the church and in the world!

And I think having the church calendar celebrate Reformation Sunday each October can be a good trigger to consider where WE are in our relationship with God.  Our life of faith is to be one in which we are continually growing in our trust and love of God.  We are always called to being RE-FORMED – and it’s a lifelong process of becoming more like Christ.  So, how’s it going for you?  Do you understand that God is love?  That love is Jesus?  That Christ set us free not FROM but FOR living a life of compassion, mercy, inclusion.  That our good works are for others not for our salvation! For example, God doesn’t need us to feed our neighbors, but they sure do.  God wants us to respond to the Holy Spirit’s work of forming us, and reforming us, over and over again to be the people of God that he has created us to be and for that we are profoundly grateful.  Amen!