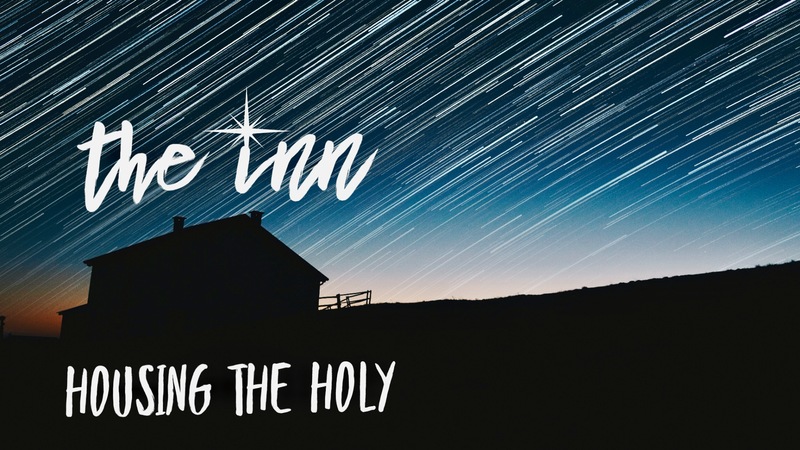 The Message (begins by The Stable Hand by Gary Clark)

I want to be a shepherd but they say I’m too small. Instead I’m told to go through that door about a million times a day to: bring the feed, don’t forget to water the animals; milk the cow; clean up after the cow; make sure all the chickens are back in their roost. Whooot.

I’d rather be on the mountain side where the sheep take care of themselves.The prophets say that God will bring to us a caregiver, a shepherd, a savoir. I try to imagine what it would feel like if somebody took care of me like (pointing to the door)    I take care of those animals. I don’t know maybe God already does and I just don’t see it. Heavens I’d hate to think my life would be worse. But then again how would I know ease unless I also knew hard work? How would I know love unless I knew loneliness? How would I know joy unless I also knew sadness? I bet if I was on the mountainside I’d figure it out.  But who would take care of them?

Luke 2: 7 tells us that Mary gave birth to her firstborn son and wrapped him in bands of cloth, and laid him in a manger, because there was no place for them in the inn.  Have you ever wondered about the Innkeeper that first Christmas night?  How, despite having NO room, instead of turning this couple away, he became creative and found a spot to house the Holy?  I imagine his wife being concerned about this young woman about to give birth and making room at the table for two more.  And how did that space get prepared for them?  Maybe a stable hand helped…

It’s Advent and we are in a season full of anticipation—awaiting Christ’s first coming as the Child born and placed not in a royal crib but in manager. The Inn invites us to consider what Advent means for us today:  It’s about making room for others in my inn; in the stable; and in my heart. It’s about living out of the abundance of God, not the scarcity this world worries about.  And living from that Holy place has consequences! We might begin to ask ourselves “How Much is Enough?”

It’s an interesting question to consider as the final push to get all our gifts purchased, wrapped and if needed, shipped is upon us.  Now I have to confess, I had a wonderful time shopping in downtown Trinidad on Friday- I even saw a couple of you out there!  But that night, I watched a short documentary film by an American minimalist who traveled to rural Italy to interview an Austrian Catholic priest who, with permission from his Bishop, is taking a few years to work & live in the mountains.  His lifestyle fascinated me--- he bought & repaired a hundred-year-old abandoned tiny home literally on the side of a mountain where cars are really unable to drive to, put in a wood stove and a few modern conveniences.

The space that had previously housed the livestock, and added terraced gardens where he grows a lot of his food.  Every few weeks he walks to the town and backpacks his few groceries back up to his place.  He was so joyful as he welcomed the videographer and her family, showing them everything, including the beautiful chapel he put in and his desk with a computer on top.  He has not abandoned the world but working from that locale, he doesn’t need much and he welcomes others, caring for them as well as the one 70-year- old man that lives below him on that slice of the Alps.

His joy was palpable and spread to that family of five….  So as I looked at all the bags I had carried in and placed on my loveseat, I wondered how much is enough?  Does the STUFF we have give us as much joy as that priest radiated?   Let’s look at what our two prophets have to say to us today.  Beginning with John the Baptist.  We don’t know what drew all those people out of Jerusalem and the surrounding area to the wilderness but the man of God who welcomed them had a lot to say.  He was preparing them for a new story!  And despite what sounds like a harsh message, John preached good news, a message of HOPE!

He invited the people to repent, literally changing direction:  their minds and lives, and living with changed hearts and lives…. Bearing fruits worthy of repentance.  It’s not enough to say you are a member of the believing people!  The axe will prune, cut away what is not bearing fruit!  But remember what happens when a fruit tree is pruned—the new growth produces new fruit and a healthier tree!  This is a message of JOY!  Joy comes when we participate in kingdom work, in building a more just world as we pray “THY KINGDOM COME!”

The people 2,000 years ago who heard Johns message were just like us.  They hear his exhortations and ask “So what should we do?”  How do we live a life of repentance, of faith?  Forgiven and loved?  Well, John is so very practical here and I for one am grateful.  He suggests that the other thing to learn is how to have enough for yourself AND to share with others.  SHARE, FAIR and CARE are the 3 words that he gives us.

Share generously, give freely.    If you have two coats share with someone who has none.  Now that hits home—I literally have about 10 coats hanging inside my doorway.  MY COATS that is.  Mainly winter coats but a couple of summer ones too.  Rain gear.  A wind breaker.  Dressy coats and casual ones.  A ski coat.  A ranch chore coat.  A car coat….  “Whoever has 2 coats MUST share” with anyone who has none….  And whoever has food MUST do likewise.   Share generously and give freely.

Be fair with your dealings with others.  Don’t cheat, don’t overcharge, don’t underpay…

Care for one another:  young and old, sick and poor, female or male, gay or straight, black or white, native or immigrant, believer or not…. Accumulating stuff without reason is not just and doesn’t bring contentment or joy no matter how hard we try to believe it does.  Caring for another—that does!   John’s point is that repentance involves changing our heart and lives in tangible ways—life-giving ways for us and for those around us!

Share, Fair and Care…. three words to remember his message as you live this life of faith.  But honestly, it’s hard!  That’s why the axe, the winnowing fork, the fire are needed--- changing our hearts and lives doesn’t come easily.

But this is where the message from the Prophet Isaiah speaks to us.  He is speaking to an exiled people and he assumes abundance!  Trust and do not be afraid.  Claim God as your strength and shield.  YOU WILL draw water with joy!  Shout and sing for joy because the Holy one of Israel is great AMONG you!  God is here!  Christ is here!  The Holy Spirit is here—with us!  And thanks be to God, that is how we are able to be changed—to have hearts and lives that bear fruit—not simply for ourselves, but for God by caring and sharing for the other.

Our stable hand tried to imagine what it would feel like if somebody took care of him.  He looked around and asked “Who would take care of them?” and laughed as he realized that maybe God was sending him to Bessie, which prompted his question of us: “Maybe God is sending you to care for someone too?”  Yes, our work is not always glamorous or even highly valued by society but what we do for one another is joyful kingdom changing work!

THIS story is meant to change us!  And not just at Christmas but all year long.  You and I are being sent not just to the Bessies of this world but to the ones who we encounter knocking needing shelter, shivering needing a coat, with guts growling needing a bit of food.  Maybe you, like me, donate to worthy organizations which domake a difference in this world.  But my seminary Dean challenged me once saying Jesus never said simply write a check.

We can’t cloth or feed the entire world but we are called, and we can care for those people right around us, one at a time!   The morning news showed this kind of kingdom work being done in the tornado devastated areas!  Everyday there is an opportunity to reach out to ONE person.  People of Zion’s, we are a generous people so as we continue our Advent journey, Let us realize that our inns are perfect places for us to house the holy too.

May we joyfully share, fair, and care for those we encounter as we live as people of faith who because of THIS STORY, have changed hearts and lives.  AMEN.